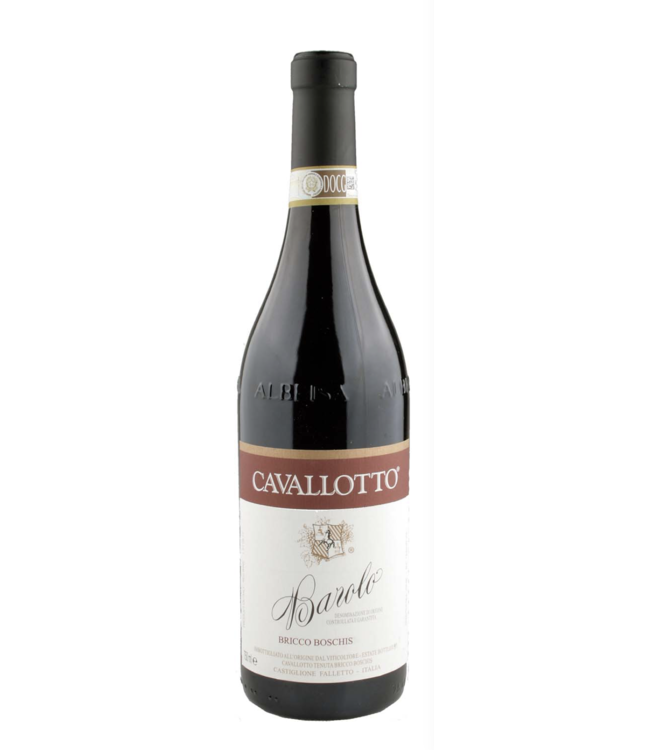 2016 Cavallotto Barolo Bricco Boschis. 2016 is a classic Barolo year. The Barolo is extremely complex, dense, mineral with aromas of dark fruits, plums and tobacco, without appearing too lush. The wine is still a bit closed in the mouth, but still accessi Read more..

2016 is a classic Barolo year. For Cavallotto himself, this vintage is one of the greatest in the last 30 years (like 2004 and 2010). The Barolo is extraordinarily complex, compact, mineral with aromas of dark fruit, plum and tobacco, without appearing too opulent. The wine is still somewhat closed in the mouth, but still accessible and inviting.
A great wine that will always give us great emotions for the next 20 years!

Nebbiolo
In the heart of the Barolo DOCG, in the town of Castiglione Falletto, lie the unique cru vineyards of Cavallotto. Cavallotto is one of the oldest producers in Barolo, with a traditional, terroir-focused style of wine making. The different terroirs of Bricco Boschis, Vignolo and San Giuseppe, among others, are wonderfully reflected in their Nebbiolo wines. In addition to Nebbiolo, Cavallotto makes an amazing Barbera d'Alba Superiore and a powerful Burgundy-style Chardonnay.

VINEYARD AND REGION
It comes from several plots in the cru Bricco Boschis in the comune (municipality) of Castiglione Falletto in Barolo, including the historic plots 'Punto Marcello' and 'Colle Sud-Ovest'. They are hilly vineyards with a west, southwest, southeast or south orientation.

VINIFICATION
The grapes are destemmed. Fermentation takes place at a controlled temperature of 29 degrees. The 'hat' (shells that float to the surface) is regularly submerged, the juice regularly pumped over. This gives the wine more color, tannin and taste. The total maceration time is 30 to 35 days. The wine is aged for 36 to 42 months in Slavonian oaks of 20, 30, 50, 80 and 100 hectoliters. The wine then remains in the bottle for another 6 months before it is marketed.

98 points Robert Parker's Wine Advocate
All of these wines from Cavallotto deliver a very floral and perfumed subtext that gives lift and delicate buoyancy to the overall bouquet. This is the Castiglione Falletto magic that shows so well in this classic vintage. The 2016 Barolo Bricco Boschis offers dried cherry, sandalwood, bramble and forest floor. The wine reveals a slightly wild and untamed character that adds to its interest and personality. Overall, this is an elegant wine with a streamlined and elegant finish. The aromas are focused and bright. I can't wait to taste the Riserva expression from this site when it is released in three years' time. (ML)  (7/2020)

93 points Vinous
The 2016 Barolo Bricco Boschis is fabulous. Rich and pliant, with lovely mid-palate depth, the Bricco Boschis is a terrific introduction to the house style. There is plenty of the density that is such a Cavallotto signature, but the 2016 is also much more classic in feel than this wine has been in some time. Succulent red cherry, plum, mint, sweet tobacco, licorice and pine add layers of nuance to this expressive and inviting Barolo from Cavallotto. Best of all, the 2016 is already easy to drink and enjoy. The 2016 saw 32-34 days on the skins, followed by three years in cask. For this wine, Cavallotto used smaller casks of 50HL and a bit more new oak to help make the wine accessible young. (AG) (2/2020)

LOBENBERG ABOUT:
Barolo Bricco Boschis 2016
97-99
/ 100
Lobenberg: The "Bricco Boschis" located directly around the winery is the flagship of the historic Cavallotto winery in Castiglione Falletto. Here, very traditionally, only large wooden barrels are used in the aging process and they are aged for a long time until they are filled late. An archetypal Barolo style, such as the mascarellos, Vietti, Giacosa or Brovia cultivate. After the alcoholic fermentation, it remains on the skins for another 4 weeks, the pomace cap is pressed all the way down using a wooden disc, this gives softer tannins. I am tasting this wine as a barrel, it has not yet been bottled. Alfio Cavallotto poured the wine from 3 barrels for me. Here, up to 10,000 liters of Slavonian oak are aged exclusively in large barrels. Everything is 100% destemmed and spontaneously fermented in steel. Because of this and the pure maturation in the large wood, the Cavallotto wines always have a touch more volatile acidity than if pure yeast were used. The wine comes entirely from the south-west facing location of Bricco Boschis, right next to the house. Around 30,000 bottles are filled with this Lagen-Barolo, but it is still in great demand and always sold out. I tried to buy more in 2015, no chance. There was significantly less yield in 2016, it is a very classic year. Alfio takes place in 2016 before 2013 and 2010, 2006 and 2004, the biggest year since 2006 and 2004, 2016 reminds him of 1971 and 1989. All of them great, classic vintages. 2016 is different from 2010, 2012 and 2015, which were more approachable and charming. But 2016 will be a wine for the ages. The nose is much more gathered than that of the 2015er tried next to it. A lot of black fruit, almost reminiscent of elderberry with liquorice, a bit of vegetable-like approaching laurel. But not soft, but very collected. Pencil abrasion in a terroir print almost reminiscent of slate. Bricco Boschis stands almost exclusively on white clay, sometimes with mineral sprinkles, i.e. white-yellow and white-gray clay. The classic and best Barolo terroir here. The location is pretty much in the middle of the entire barology area. Now and then the clay is criss-crossed with sandy parts, which also adds a bit of delicacy, otherwise the wine would probably be too masculine. The mouth entry is as typical Barolo as it can be, almost brutal in the fruit expression. Lots of dark fruit, unsweet blackberries and blueberries, again accompanied by lots of graphite. Slate-like mineral appearance, which can hardly be the case with the white clay, which is ground limestone. Massive tannin, but it's not coarse, it's extremely fine-grained. Immensely lush, but grandiose polished. 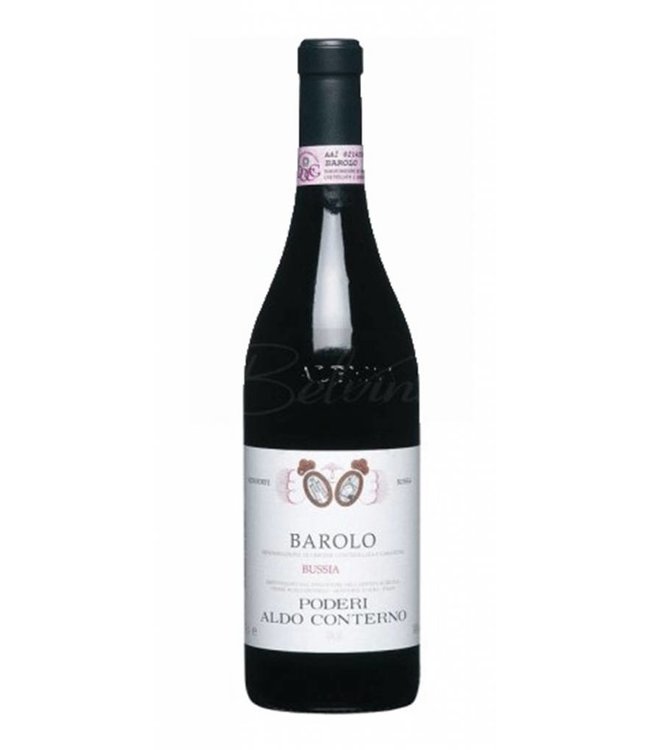 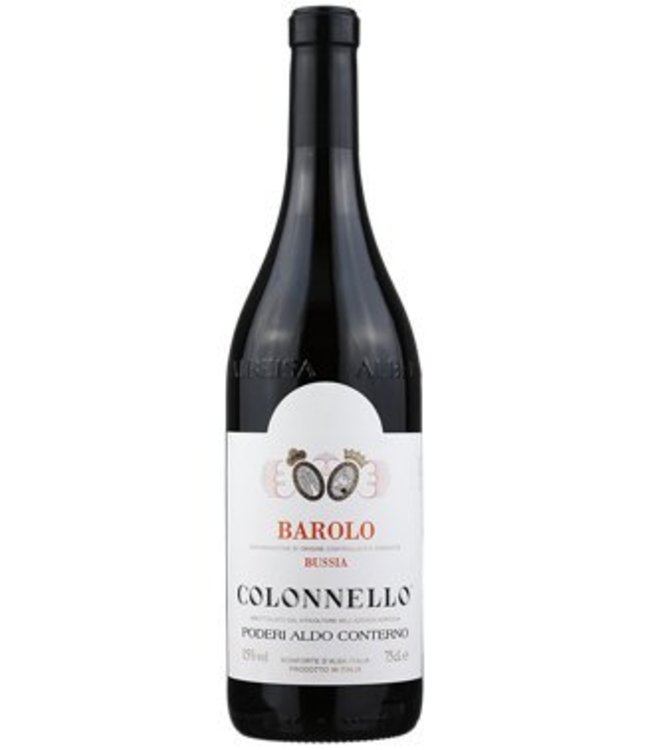 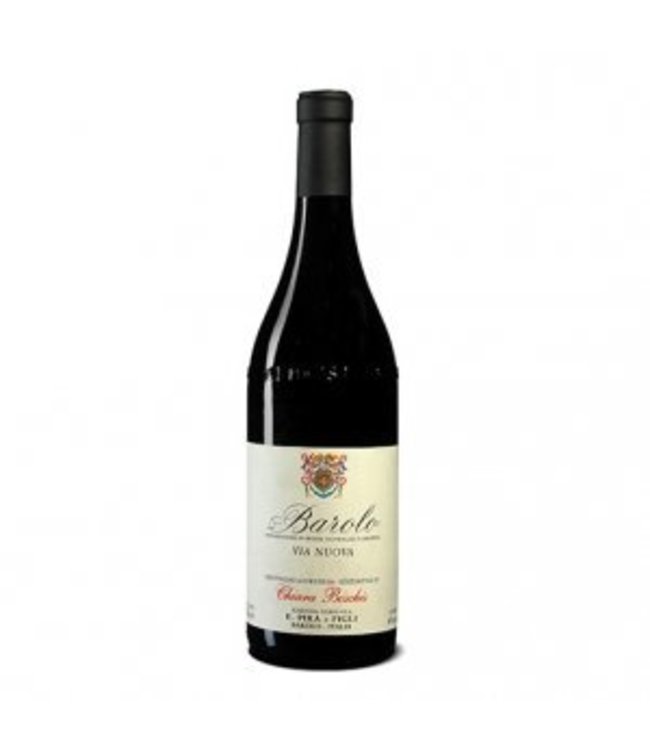 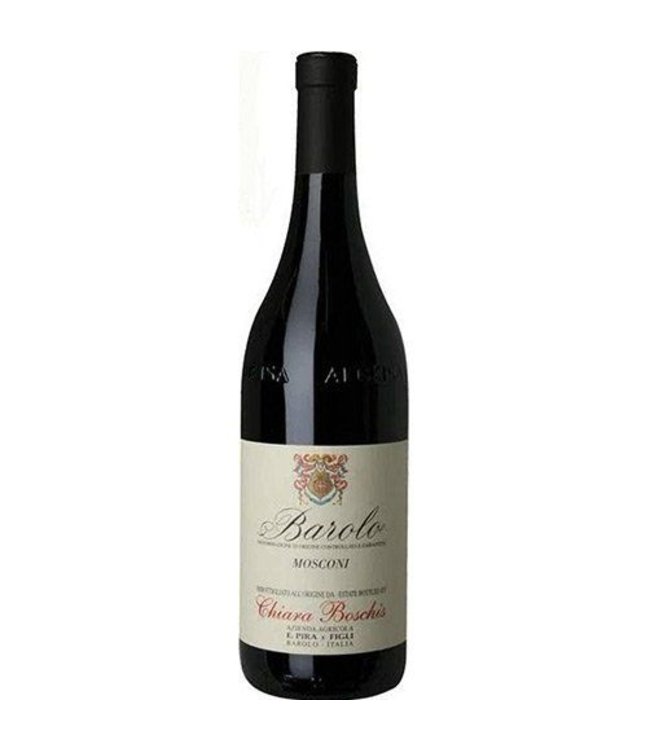 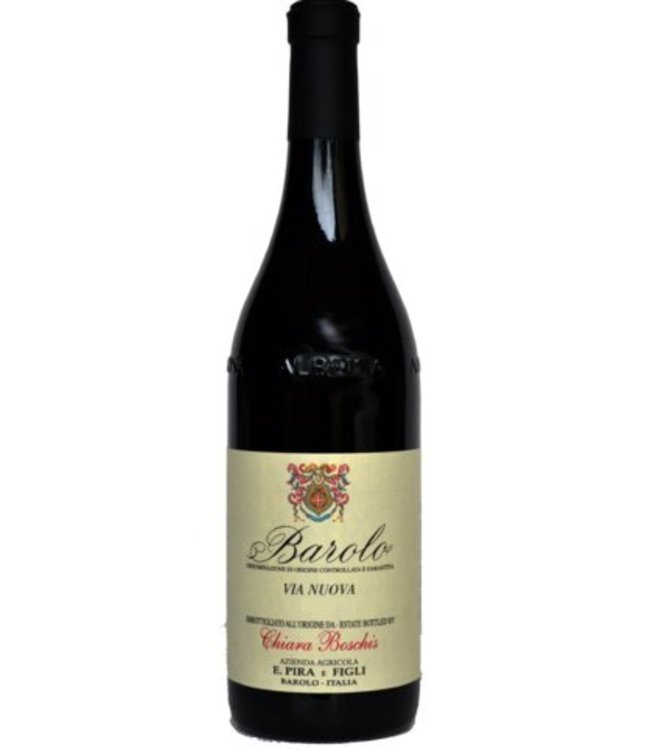 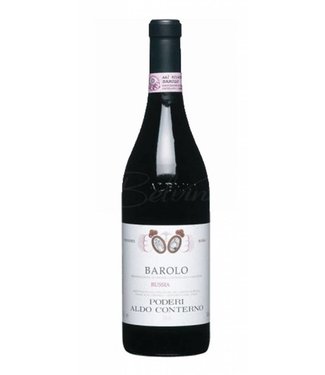 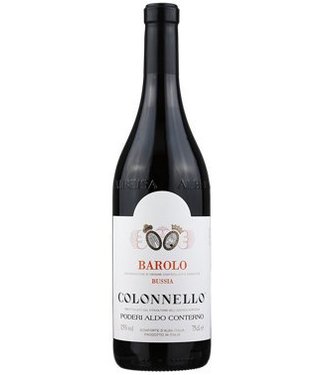 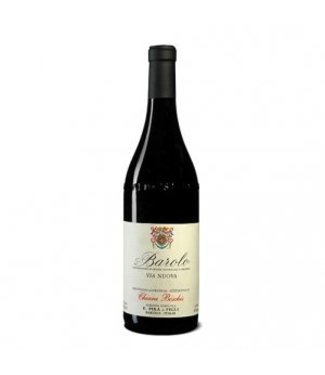 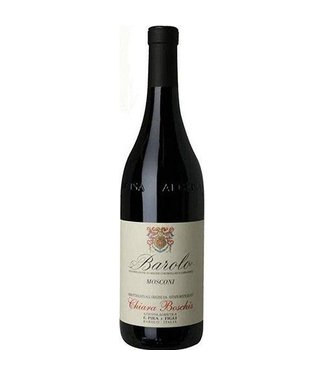